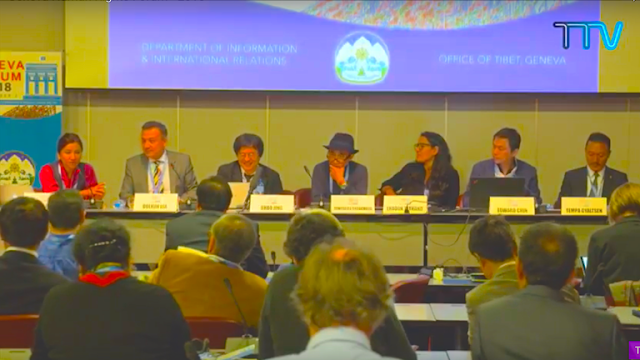 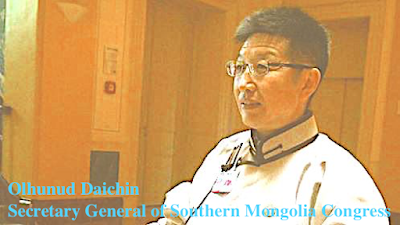 Thank you for this opportunity to speak on behalf of South Mongolian citizens. I’m Secretary General of South Mongolian Congress, Olhunud Daichin born and raised in the region named “Inner Mongolia Autonomous Region” now living in Japan. Today I’d like to take this opportunity to speak about the ongoing systematic discrimination, torture, forced disappearance and killings toward Mongolian people by the People’s Republic of China’s Communist regime. We Mongolians were forbidden to practice Buddhism, which is our traditional faith. It is open violation of the Universal Declaration of Human Rights Article 18 which clearly says “Everyone has the right to freedom of thought, conscience and religion.” Many Buddhist monks were suppressed and their temples have been destroyed by fires. Historically we, Mongolians have been nomads for thousands of years. However, China’s Communist regime prohibits us to move around and forced to stay at a place to work for the agriculture industry. But Mongol